What Students Need To Know About Private Versus Public Colleges.

What is the difference between a public university and a private college? A private school operates independently of any federal or state funding, influence, or rules. Public institutions, including colleges and universities, are funded by federal or state money and as a result are run and influenced in both rules of conduct and curriculum by the state or federal government.

Private College Advantages - Private universities can be aimed towards a (1) particular religion or a specific field of study, so whichever private college a student attends, if a student picks such a school for a reason then he/she is going to study more subjects suited to that student's needs, and in an environment suited to that student's learning type. For example, if a student feels more comfortable studying in a library or in a large lecture hall on his/her own, then smaller classes would not be ideal. However, smaller classes would be better suited for a student who enjoys a (2) large amount of interaction with others, including other students and the professor. Students who attend a private school benefit from have a close-knit community by feeling closer to home.

Private College Disadvantages - With any and all advantages which come with a private college experience, there are always disadvantages with it as well. While not all of the private colleges out in the world are (1) expensive, there are quite a few which create somewhat of a stereotype for the others. Private colleges also (2) do not regularly offer degrees higher than baccalaureate degrees to their students. Those who wish to obtain a Master's Degree or Doctorate, or even higher, may have to proceed to another college afterwards. The population of many private colleges is significantly smaller than that of many public universities, which ties into both advantages and disadvantages.

Public College Advantages - First and foremost on everyone's mind when the advantages of a public university are brought up is the (1) lower tuition cost. The (2) populations of these schools are quite large and students can benefit from this through all of the intra- and extra-curricular activities. As a result of the funding from the state and the needs of a large population, (3) the facilities and faculties of a public college are generally quite spectacular. In addition to a large population, the students at these public universities are (4) very diverse, attracting students from all walks of life. This serves as a building ground for unique ideas and new innovative ways of thinking which help to create a competitive yet welcoming atmosphere often seen in state funded schools.

Public College Disadvantages - The disadvantages of public universities may be quite apparent after the detailing of the advantages and disadvantages of the private schools. Public schools offer a wide variety of activities as a result of their large populations, but (1) some students prefer to have more one-on-one time with their professors, and would suffer in a more open environment. The atmosphere of a (2) smaller school may seem more comforting to those students who get home-sick or to those who have not been away from home before. In addition, (3) students who lack a large amount of self-discipline may feel lost and their grades may fall. 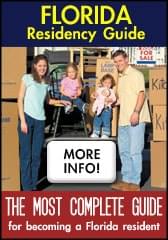